The Nuevo Casino’s history goes back more than 150 years. It was founded in 1856 by a group of people who were already members of a society known as “Los Doce Pares”

The founders of the Nuevo Casino took out a loan from the Crédito Navarro bank for 73,000 reales de vellón (old Spanish currency equivalent to one quarter of a peseta) to rent the first floor of a house adjoining the former theatre on Plaza del Castillo, Pamplona’s central square, owned by Mr. Leonardo López de San Román. The new society thus opened in a space consisting of a main hall, coffee room, games room, reading room, secretary and treasurer’s office, caretaker’s room, reception and toilette.

Some years later, it was provisionally relocated to the first and second floors of another building, known as Casa del Toril – Café Suizo, on the same square, Plaza del Castillo, where it would remain during 1876 and the following years.

After several unsuccessful attempts to find a new location, a building constructed by Crédito Navarro on number 44 of Plaza del Castillo was rented from said financial institution. A beautiful building designed by architect Maximiliano Hijon, it remains to this day one of the major landmarks on the square. After Crédito Navarro ceased to exist, Nuevo Casino acquired ownership of the building in 1977. The Main Hall, with its spacious proportions and fine decor, is the centrepiece of the building.

The history of Nuevo Casino is also the history of Pamplona, and hence of Plaza del Castillo, the veritable heart and “living room” of the city. The creation of the Gastronomic Section in 1998, providing a new meeting place for Nuevo Casino members, was an important milestone in the club’s modern development. 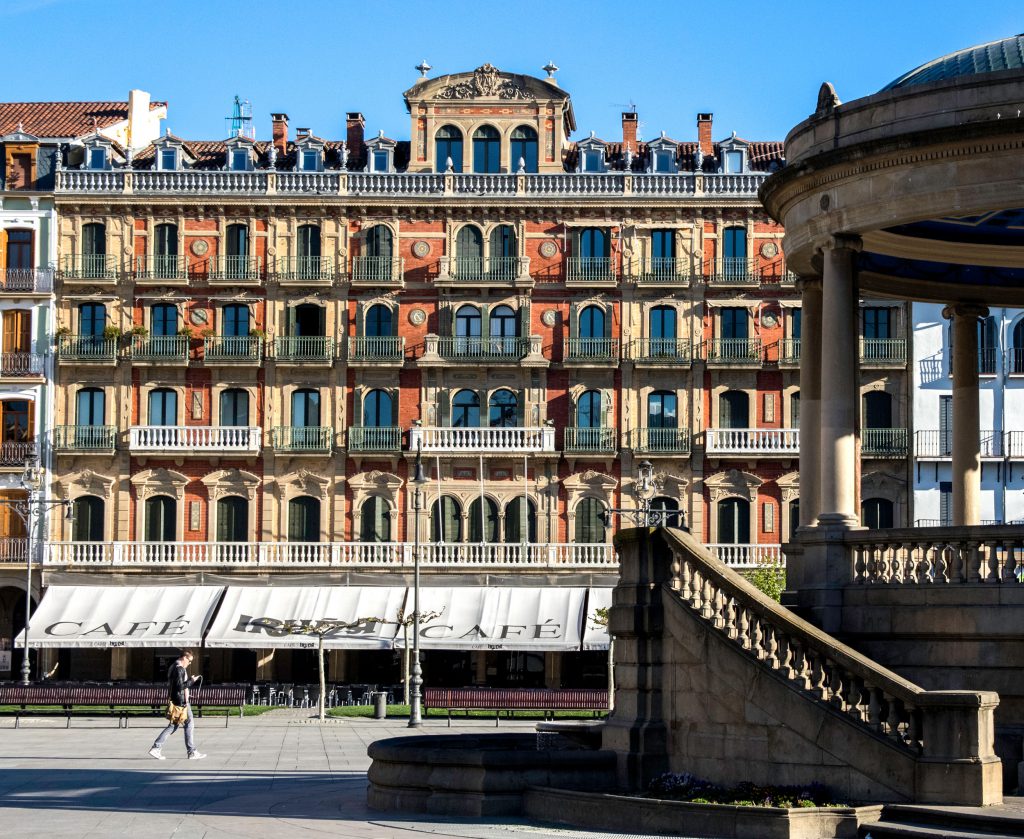