Staying in the heart of the city

Pamplona’s Nuevo Casino has a special agreement with Gran Hotel La Perla, a five-star hotel also located on Pamplona’s Plaza del Castillo, barely 20 metres from the Casino, offering special terms for members of the Nuevo Casino Principal de Pamplona, as well as for members of clubs and cultural associations with reciprocity agreements.

The Gran Hotel La Perla was completely refurbished in 2007. It has 44 rooms, all of them with exterior views and balconies looking down on calle Estafeta and Plaza del Castillo. Some of its rooms are dedicated to the historical figures that have stayed in them since 1881. The Ernest Hemingway room, for example, is preserved exactly like when he stayed in it, and the same can be said for the Pablo Sarasate and Manolete rooms. 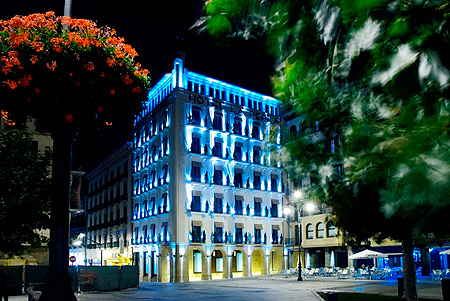 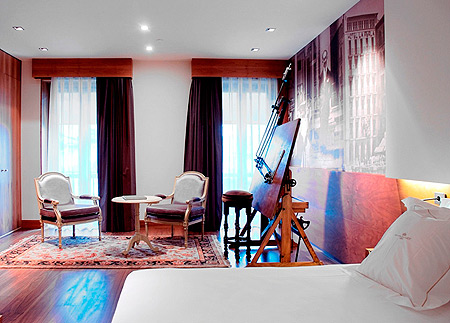