El Baile de la Alpargata (The Espadrille Dance), one of the most emblematic events at the Nuevo Casino during the San Fermín festival, is among its most popular traditions. It was not born by chance, but rather as part of the evolution of customs that have always been a major feature of life at the Nuevo Casino.

It all started with the tradition of having breakfast after the Encierro, or running of the bulls, when members would gather at the Casino for hot chocolate with churros. After some time, it became the norm to provide musical entertainment during breakfast, which eventually led to dancing. In those times formal dress was required, as for any other event held at the Casino, but many members who had run in front of the bulls wearing espadrilles – which had rope soles, ideal for running but not quite what the Nuevo Casino’s strict dress code demanded – would flout the rules and turn up for breakfast in their espadrilles.

Thus was coined the name El Baile de la Alpargata (The Espadrille Dance), and the name stuck, despite the fact that this type of footwear is no longer used.

To celebrate this event, the Honorary Espadrille Prize, created in 1998, is awarded to the breeder whose bulls have run best that year. The winner is selected by the members. 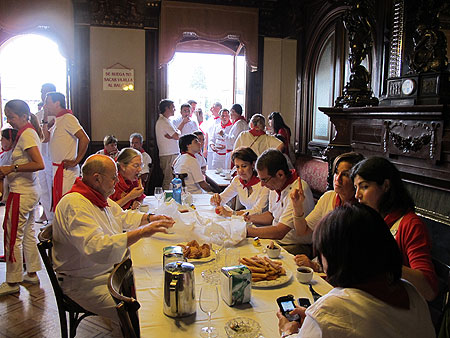 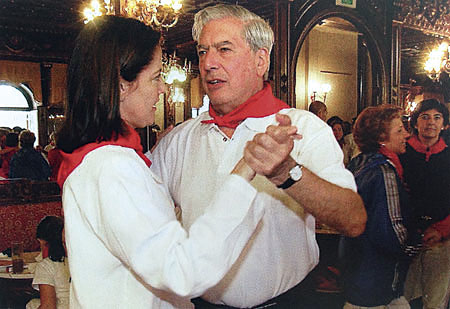